Are you thanking your supporters enough? 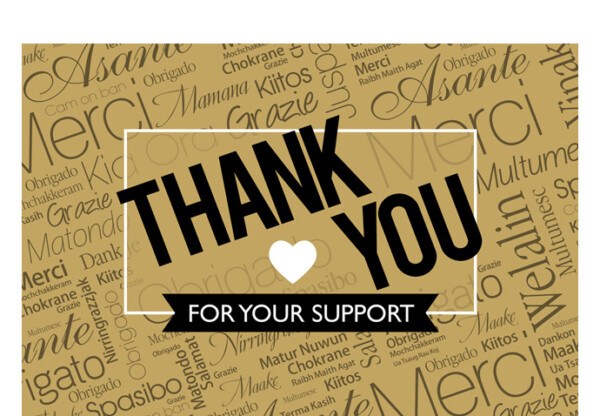 Every nonprofit has standard acknowledgements—also known as thank-you’s. But is a standard thank-you or autoresponder enough? And what happens after the thank-you is sent?

There are actually two questions here: what immediately happens after a supporter’s gift is processed…and are your supporters treated well after they make their most recent gift? Let’s tackle the first part…

Thank you’s have become so automated that staff members often don’t know the language of the communication or how often they are processed. To save money, direct mail acknowledgements are typically batched into larger drops (implying longer turnaround times between processing) and mailed at nonprofit rates. This can stretch the time between when a supporter sends a gift and when the thank-you arrives to a period of weeks (yikes!) or even longer if there is a delay in processing.

On the other hand, autoresponders immediately thank a donor…but the impact is (at best) seen as a process without human intervention. But online donors know that an autoresponder is just a few lines of code, not a real person expressing their true gratitude for support.

The adage that you never get a second chance to make a first impression holds true for acknowledgements. Many nonprofits have implemented various ways to complement—not replace—their automated thank-you’s.

Some of these additional efforts post-acknowledgement include personal notes (hand-signed and/or hand addressed) to larger contributors, donor surveys, timely newsletters, DVDs or fulfillment of promised or surprise gifts (pins, decals or bumper stickers) that are typically branded items. For some organizations, a quarterly or semi-monthly “close the loop” mailing to supporters who made recent gifts informs on how support was used.

For new monthly sustainers, some of these “bonding” communication programs can become months-long, multiple touch points that bring in storytelling to demonstrate the impact and importance of sustaining gifts.

The adage that you never get a second chance to make a first impression holds true for acknowledgements. Many nonprofits have implemented various ways to complement—not replace—their automated thank-you’s.

The debate over these programs usually boils down to ROI: do these additional processes increase retention rates and subsequent giving to offset the cost of the additional efforts?

Many nonprofits report inconsistent results—perhaps the best payoff is to make sure that the initial thank-you is genuine in spirit, seems like it was composed and produced with true human input, is timely, and provides a wealth of information so the supporter feels like their generosity will be used wisely. Recent photos of the organization in action are an excellent way to reinforce that support is being used to further the mission.

But what about long-term donors—are they being recognized and thanked enough? Development staff and their partners are typically so focused on the next campaign that previous support can often be overlooked.

One easy way to thank donors is to recognize milestones in direct mail or email campaigns: anniversaries of giving (1, 2, 3, 4, 5, 10 and 15 years) with a certificate, callouts in emails or direct response letters of “Proud Supporter since [year of first gift]”, recognition that a supporter just joined recently or other easily implemented copy or design elements can both raise response and bond supporters more closely to the mission.

Ongoing renewal copy needs to thank supporters continuously. For MarkeTeam clients, we strive to thank supporters in every communication for their previous gifts. Thank them in the opening…thank them again in the body of the communication…thank them in the closing…certainly thank them on the reply form…and even thank them again when sealing the return envelope. That’s five opportunities in each mailing and two to three times in each email. Take a quick look at some of your recent communications to see how you stack up on this measure of appreciation.

Why the focus on thanking donors for support? Human interactions are typically built on reciprocity. You tell some friends a story and they react with similar experiences. You sneeze and bless-you or gesundheit certainly follows. You say thank you…and your audience is often compelled to say “you’re welcome” in response—very often in the form of another gift!