Millennials are often depicted with a screen in one hand and a coffee in the other, with the implication that their generation is most tech-savvy. But that doesn’t mean that Millennials can’t be reached through other media. As one of the largest and fastest growing bases of potential customers, they simply cannot be ignored. 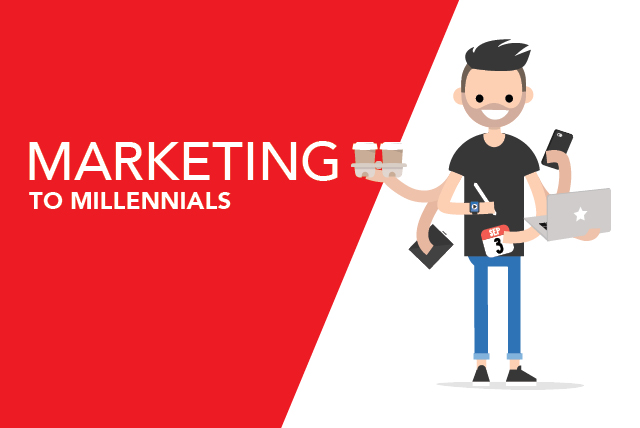 Unlike their Baby Boomer counterparts, understanding how to market to Millennials is the main hurdle.

In general, they are more highly educated, but are warier of claims without supporting documentation. They are also bombarded with advertisements, with estimates running up to three to four thousand ads per day, especially since much of their work day is spent in front of a screen.

So how can your organization—one of thousands advertising daily—stand out?

With these hurdles, is marketing to Millennials worth it?

Despite the press coverage about restricted wages and employment, Millennials do have disposable income, especially with many of them reaching their mid-thirties. They invented GoFundMe, Kickstarter, and Patreon, happily sending donations to causes or artists they support. Although almost 25% still live at home, that means that 75% are independent with their own place and income.

Donations to GoFundMe and Kickstarter average between $25 and $50, while Patreon states that its average pledge is over six dollars per month. If a Millennial is willing to kick in those amounts for an interesting project or as a fan, they should also be willing to do the same for others.

Virtually all of a Millennial’s day—their work, schedule, responsibilities, and free time—are linked to a screen. Print material like direct mail can put your communication in a different category, with less competition and a higher perceived value.

Opening direct mail happens during a special moment in the day without many distractions, while online activities—like scrolling through emails and swiping them away—occurs during “in-between” time, like standing in line getting coffee. Nearly half ignore digital ads, while some studies have found that 77% of Millennials pay attention to direct mail.

Printed material needs to be interactive and engaging, providing a getaway from the daily grind of work. Social media references, hashtags, coupons, and QR codes can help create complementary engagement. When a brand interacts with the consumer, everyone wins.

Millennials value honesty, empathy and authenticity and can be very wary of product claims. They’ve been lied to before and need to be convinced. With almost instant access to fact-checking and research, they are used to performing deep dives on product specifications and reviews by other users to ensure that the product or service is something that they will be proud to own or support.

Authenticity is crucial—if the communication is cheesy, manipulative, guilt-tripping or lying, millennials will ignore it.

Millennials have been cause-driven since the 2004 Livestrong silicone bracelet fad (another example of being lied to!). As a generation, they place high value on social causes like living green, protecting the environment, social justice and business ethics. They’re wary of large corporations that value their CEOs over their workers.

An ad aimed at Millennials needs to have true empathy—remember, they’ve been watching Sarah McLachlan’s plaintive cries about abused and neglected animals for over ten years. They don’t need to prove that they care, you need to prove that your cause is worth their commitment.

Although marketing to Millennials is different from the classic direct response audience, they are your future. Start now to understand their different point of view and get them engaged in your cause. Over time, they will become your largest audience!