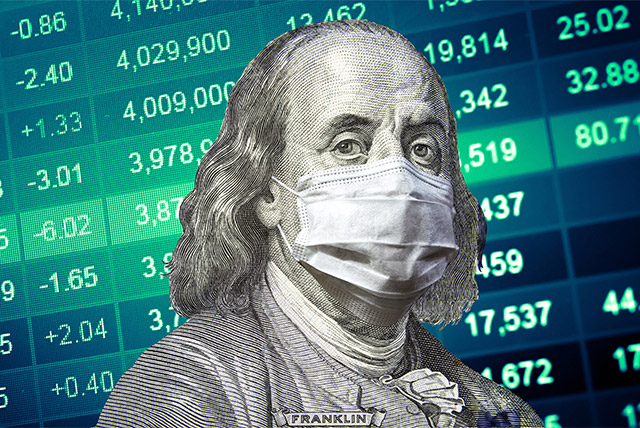 The COVID-19 pandemic has led to mass layoffs, a skittish economy, and general uneasiness about what the future holds. But looking back at history, wide-ranging new opportunities and innovations have emerged from every economic downturn in our nation’s past.

From radio and refrigeration taking off during the Great Depression, Microsoft launching in 1975 at the bottom of a deep recession, and many of today’s household tech companies like Tesla, Airbnb, and Uber launching at the low point of the post-9/11 slump, advancements have evolved out of seemingly-bleak times.

Let’s take a look at some silver linings (isn’t that all we can do in 2020?!) for charities during this economy:

What will emerge?
With everyone forced into a virtual world, reports indicate that our society has progressed in digital comfortability in just a matter of months when it might normally take years. The ripple effect has galvanized quite a few economic trends — such as the ongoing transformation of retail and continued rise of streaming services — as permanent fixtures for the future.

Meanwhile, other outcomes are difficult to predict and may take years to evolve: has the pandemic impacted economic titans like movie theaters and theme parks to the point of fundamentally changing what ‘entertainment’ means? As much as we love to plan-plan-plan, history has shown that those who have taken risks during economic downturns have often emerged ahead in the long run. Now is the time to get in on the ground floor of new channels that you may have previously not tried: E-acquisition, SEO, and even face-to-face sustainer fundraising (which is successfully starting back up again with masked ambassadors). As the pandemic continues, what better time than now to try something new?

Maintain your flexibility to pivot quickly if needed, but non-traditional approaches can gain traction today by just being different as we all try new things and look for ways to break up the mundane.

Bank on opportunity in chaotic markets
The Great Depression eventually led to FDIC insurance in 1934, paving the way for stability across the banking industry. Mutual funds and individual retirement accounts emerged amid the economic downturn of the mid-70’s, leading to interest checking and money-market accounts taking off in the early 80’s. The bursting of the late 2000s housing bubble and uncertain markets being experienced today have influenced numerous new tax laws, forever impacting the ways that charitable donations are viewed.

Nostalgia is really resonating right now with our charitable partners, so consider adjusting your messages to reinforce your mission, expertise, and impact over the years.

The rise of bequests, trusts, charitable gift annuities, and, especially in recent years, Donor Advised Funds (DAFs) has meant that prospects have many options in how to support charitable organizations. As donors increasingly look for safe havens to invest their money amongst chaotic markets, ensure any giving barriers are minimized: highlight these types of giving options in your communications and on your website; include rotating inserts in your acknowledgements to feature a variety of these programs (recent givers are often good prospects); and consider sending dedicated communications to raise awareness, especially in the prime fourth quarter.

Trade up in down times
As a child of the early 80’s, it wasn’t all classic movies, big hair bands, and Nintendo … there was 10% unemployment, 20% inflation, and record-low consumer confidence, too! The rollercoaster economy of the 80’s lead to many industries ‘hunkering down’ to envision — through louvered sunglasses, of course — how they might emerge in the future, allowing them to lay the groundwork accordingly. This eventually paved the way to emerge in the 90s via growth to the computer, aerospace and export industries. While maybe not as glamorous as those neon clothes, charities can take a similar future-looking mindset now to tackle some of those essential projects like database transitions, organizational realignments, kicking off a capital campaign, and redesigning your website (or, hiring MarkeTeam). Trading up during down times will ensure you go more the way of the Van Halen’s (R.I.P. Eddie) and not Ratt.

Uproar roots comfort
In difficult times, we all want to harken back to ‘better’ times for comfort — obviously, that’s the 80’s for me — but charities should be leveraging that in their communications. Nostalgia is really resonating right now with our charitable partners, so consider adjusting your messages to reinforce your mission, expertise, and impact over the years. In times where so much can seem unfamiliar, re-familiarizing your donors with your trusted brand can lead to impactful communications to strengthen bonds now and for the future.

While economic uncertainty may continue through the elections and beyond, history has proven three things time and time again: