Busy hands are a fundraiser’s friend 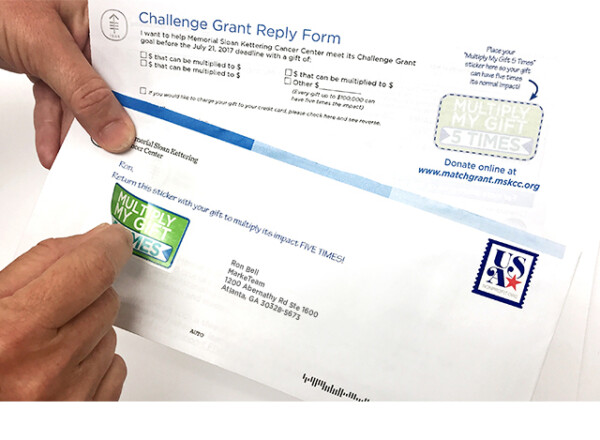 Can you remember the last mailing package that actually made you excited?

It probably had an interesting outer envelope … perhaps a number of interesting inserts or freemium … an intriguing reply device … or perhaps some different ways to respond interactively.

Engagement devices provide lift, if used in the correct way. For example, coin mailings entice recipients to open the mailing since you immediately provide a (small) incentive that engages their attention. Piggyback stickers that can be transferred from the outer envelope or letter (“Yes, I want to help”) to the reply device engender action. Multiple free-standing photos with stories on back create engagement and provide actionable messaging. Membership or supporter cards to fit in a wallet demonstrate alignment with the nonprofit’s mission. Die-cut outer envelopes, embossing and foil stamping can also add intrigue and perceived value to encourage opening.

But what are the best methods to engage the recipient and not depress response?

Our tests have shown a number of guidelines for interactivity that raise rather than suppress response. For example, coin mailings must show through the outer envelope—otherwise, the objective of the increased opening is lost since the recipient doesn’t know a coin is enclosed. One handy trick is to place the coin on the reply device, thereby putting the reply right in the supporter’s hands.

“Free” is only a powerful word if the product is desired, so make sure that the item is clearly depicted, described, and turnaround time stated.

Similarly, if an interactive piggyback sticker is included, it should be apparent to the recipient—either placed on the OE or on the letter close to the address block that drives the window. Curiosity often induces the recipient to peel off the sticker … and since it has to go somewhere, the donor will automatically place it on the reply vehicle, thereby moving the supporter to make a gift.

Photo cards, seed packets, free premiums and other engagement devices such as bounceback cards should have a callout on the OE to announce their inclusion, perhaps with a stamp such as “Handle with care—photos enclosed” or a burst. Be sure to suggest to the recipient to use the engagement device even if not making a gift in order to encourage interactivity and provide lift.

If a back-end premium is offered, it should be called out on the outer envelope and described on a free-standing insert or buckslip that romances the product. “Free” is only a powerful word if the product is desired, so make sure that the item is clearly depicted, described, and turnaround time stated. Otherwise, post-purchase disappointment can depress renewals in the future if the product does not live up to its description or is severely delayed in fulfillment.

In far too many cases, lengthy added collateral can often depress response, especially for lower-dollar (under- $100) supporters. Even though nonprofits think that their mission is incredibly interesting, multiple-panel brochures, newsletters and in-depth materials should be reserved for those supporters who are truly engaged and make higher gift amounts. Usually, simpler is better with fewer words and more visuals.

Be sure to provide a reason for including the interactive device or item. A seed packet should reinforce mailing’s objective … the coin should be emblematic of how a donor’s support is used … a bumper sticker or cling should proudly proclaim the recipients’ approval of the mission … or a sticker that can be applied to the reply device or return envelope should engage the supporter. If you’re using a piggyback sticker with a translucent backer or a peel-off membership card, try printing “thank you” underneath so the recipient is immediately rewarded when using.

Make sure to call out the use of the interactive device in the letter (sign the petition, plant the seeds, return the coin, place the sticker, sign and return the bounceback card, etc.), in the PS and on the reply device or return envelope. Three times is not too many for an instruction to respond.

The more the recipient is engaged, the higher the probability of taking the action you desire!