Can you identify which supporters will become Mid-Level donors? 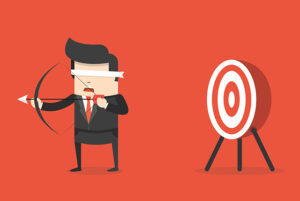 What if I told you, that every one of your donors has the potential to become a Mid-Level giver?

Would you believe me? Wouldn’t you say that with the “right” treatment, all donors can be cultivated into the program? Unfortunately, not.

Mid-Level programs are specialized programs that are typically developed for donors who give above the average donor but aren’t quite giving at the level that warrants the organization to assign a dedicated development officer. In this sense, they are a valuable fundraising niche and offer a favorable Return on Investment. However, you want to make sure you or your agency has the experience and innovative tools to ensure you are effective when starting your Mid-Level program. Read our Case Study to learn more about Establishing a Mid-Level Program.

So how do you find your very best prospects?

The first step to answering this question is to build a profile. MarkeTeam licenses third-party data that contains more than 1,000 variables on households in the US and can be used to determine demographic, psychographic, and behavioral norms for this group.
For more information on how we build profiles, read our Vice President of Analytics, Andy Johnson’s blog on Getting to know your audience with a profile.

The typical profile of Mid-Level donors is mature, prosperous, upscale, suburban donors who are still in their peak earning years. They have not yet retired. 40% of the them have income greater than $100,000. They are similar to Major Donors in many respects, but most Major Donors have the highest incomes in the country.

The typical profile of Mid-Level donors is mature, prosperous,

upscale, suburban donors who are still in their peak earning years.

Keep in mind that some of them are wealthy and some are not. Some of these donors will eventually, hopefully, transition as they make their way to the Major Donor program, while some will never transition upward. Some of them will continue to increase donations as their wealth increases, but they may spread their charitable donations to other causes. And some of your Mid-Level donors will simply stay put, making solid gifts while never escalating upward.

In Direct Response, more importantly than who are these people in general is who are they specifically.

You must go beyond looking at donors that meet a certain “qualifying wealth” as defined by the profile. The profile will only tell you the average of the group, but some will have wealth above the average and some will be below. If you base your qualifier on the average, you could be missing half of them … that’s the thing about averages!

Additionally, no one variable tells the entire story. It is important to factor in the donors’ willingness as well. And once you “slice” the group by wealth and “dice” them by willingness, you will end up with only the Hi/Hi group shown at right, a fraction of the viable prospects. There are many variables that can indicate a donor’s propensity to become a Mid-Level donor and as you add each variable, your pool gets smaller and smaller.

Instead of “slicing and dicing”, MarkeTeam has a robust and highly-developed Mid-Level Marketing Identification strategy that has been developed over time with several of our clients. To grow our clients’ programs, we utilize predictive models that allow us to layer each variable on top of each other to build on the donor’s propensity instead of cutting into it by looking at each variable individually. Our models feed in third party data along with the client’s data on the donor’s history to assess the potential of each individual. For more detail on the Secret of a good predictive Model, read our Executive Vice President of Analytics, Jeff Huberty’s blog.

By Allison Williams | Director of Analytics