Which Patients are Your Best Prospects? 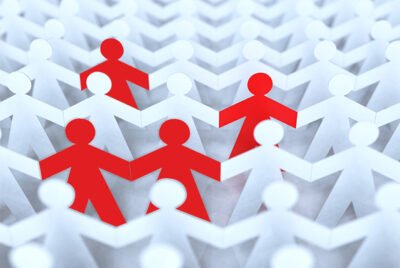 Although all four sources of potential donors can yield significant income, patients and family members typically have the longest and strongest commitment to development efforts. When patients and family members make gifts, they are typically at significantly higher amounts than less-affiliated community members. In addition, since the patients have first-hand experience with your organization, they have higher long-term value, will support your cause over many more years, and will upgrade to higher levels of support and (potentially) planned gifts.

But of the thousands (and sometimes tens of thousands) of patients served by major medical centers annually, which ones have the highest potential? Here are some basics:

The very first pass at selecting patients for conversion to supporters requires forethought and some use of external data appends. Typically, most hospitals will immediately suppress patients with poor outcomes, those who have outstanding balances due and those who are receiving indigent care.

The next step separates inpatients (those receiving major care) from outpatients (those whose interaction was probably less important), and then rank-orders by age. External data sources can quickly add additional qualifiers such as wealth rankings that are based upon home ownership and other public sources, as well as a general “charitable giving” predictor that is based on how many other charities are supported by the household.

Overall, patients (and guarantors of minors) under the age of 40 are generally not highly qualified to convert to long-term supporters, and even those between 40 to 59 years old can be difficult to convert. The very best prospects are between ages 60 to about age 85, when results begin tapering off again. Using a broad range of experience with major medical centers and community hospitals, MarkeTeam has found that patients age 70 or higher are about twice as likely to become supporters as those in their 60s, and five times as likely as those between 40 and 59. This would imply that efforts to convert audiences younger than 60 years only would be more highly dependent upon digital efforts rather than higher-cost direct mail campaigns.

Inpatients usually have longer interactivity with hospitals with more complex medical conditions, and thus are an audience that is naturally more receptive to supporting efforts to enhance patient care and advance research. However, some outpatient procedures (such as chemotherapy or for chronic conditions such as diabetes, asthma, COPD or heart disease) also have high affinity for care and commitment, and should probably be tested.

With HIPAA requirements for health information limiting the amount of data available to marketers, more and more medical centers are turning to external sources of data appending for wealth, income and charitable support to complement their capabilities. Patients with chronic conditions (multiple visits over an annual basis) can be suppressed for a period of time from development efforts, with perhaps two conversion series targeted at six-month intervals. Data modeling can help further refine any online and offline efforts, along with interactivity statistics on email opening and click-through rates by household.

Using a broad range of experience with major medical centers and community hospitals, MarkeTeam has found that patients age 70 or higher are about twice as likely to become supporters as those in their 60s, and five times as likely as those between 40 and 59.

Combinations of email and direct mail have overall better response, especially if they are coordinated by appeal platform and timing. With virtually all patients now providing email addresses, it becomes more important to coordinate efforts across channels.

Finally, the initial conversion offer can experience twice the level of response if a mission-oriented premium is offered as a thank-you for a gift. Our clients have used a variety of premiums that include health tips, books and booklets, decals, desktop diaries with health messaging, tote bags and other branded premiums to incent making that all-important first gift.

Once a patient has been through a complete conversion cycle during the first 60 to 90 days, only the very best prospects are normally approached on a somewhat regular basis. By rank-ordering your very best appeals by response, some of the highly rated patient households (older, wealthier and those with more complicated treatments) can be safely included in high-responding outbound campaigns with close results tracking.

With the high investment cost of converting non-supporters into donors, senior staff might question the need for a multi-channel conversion series and ongoing development efforts. MarkeTeam has found that approximately 80% of all Mid-Level supporters and planned giving households were initially acquired through direct response efforts, with a lifetime value of more than 80 times the initial cost.

Following these guidelines and closely tracking results by households can provide a better overall ROI on each effort and audience type—the key to achieving the highest level of committed donors!