If we don’t act now, nonprofit postage could go up by as much as 40% over the next 5 years! 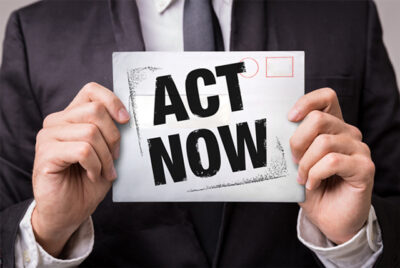 On Dec 5, 2019, the Postal Regulatory Commission (PRC) proposed changes to market dominant mail (which includes most of the mail sent by non-profits) that could increase postage as much as 28-40% over the next 5 years (up to 7% a year compounded over the 5 years.)

And that could be disastrous for our businesses and the children, animals, missions, trees, animals, and everyone else who depends on the donations we drive.

The PRC is an independent federal agency that is supposed to ensure the transparency and accountability of the Postal Service — and foster a vital and efficient universal mail system. The Commission is comprised of five Presidentially-appointed and Senate-confirmed Commissioners, each serving terms of six years.

President Donald Trump nominated Ann C. Fisher and Ashley E. Poling for the last two vacant seats for terms that extend through 2024 and they were confirmed by the US Senate in August 2019.  With these two new appointees and the most recent one before them, Michael M. Kubayanda, also appointed by President Trump back in 2018, the commission is now filled.

In 2006, President George W. Bush signed the Postal Accountability and Enhancement Act (PAEA) which among other things, says that the cost of market-dominant mail cannot be raised annually by more than inflation (as measured by the Consumer Price Index.)  There was also a provision in the new law which instructed the PRC to review the system of regulations in ten years to make sure those provisions are working adequately.  In 2017, they first proposed changing the formula to calculate postal increases but thanks to the mailing community’s (including many non-profit mailers) strong outreach to the PRC against the proposed larger annual increases, the proposal didn’t move forward.

It is now urgently time once again for us to take action and let the PRC know that for the survival of non-profits, they must keep the current predictable CPI-capped rates.

However, with the 3 new commissioners, the PRC now feels it has the votes to pass these proposed outrageous increases.

Along with the recent large increases to paper costs, consolidation of printers and mailers, imposed China Tariffs, increased transportation costs and fewer donors overall, these postage increases will have disastrous effects on all non-profits, large and small.

It is now urgently time once again for us to take action and let the PRC know that for the survival of non-profits, they must keep the current predictable CPI-capped rates.  The PRC staff has made it clear that they want to hear directly from nonprofit mailers.

What we ALL MUST do:  Write a letter to the PRC Immediately!

As recommended by The Nonprofit Alliance (TNPA), your empassioned letter should:

Here are links to letters that were written the last time the PRC tried to increase the postage formula:

And here are a few samples that have already been sent this year:

If you have any questions or would like help drafting a letter please contact Andrea Kirby: [email protected]