Turning a Honeybee into a Workhorse (a long-term control)

Background: Looking to improve reactivation rates, Sierra Club challenged MarkeTeam to create a mailing package that was mission-driven and motivated lapsed member to renew their support.

Sierra Club utilizes a rotational approach with a different thematic control mailed each month. This requires constant testing to develop new approaches that can break into the line-up. The primary goal is to maximize response while maintaining the average gift at a cost-efficient price. 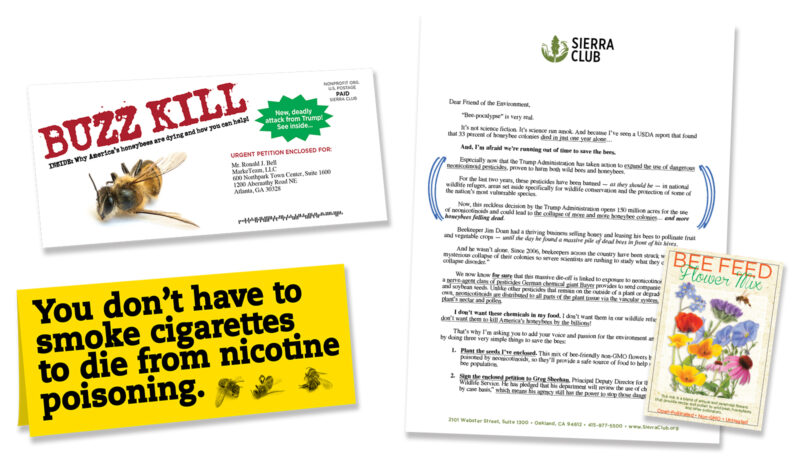 Click the image to open full PDF of the Honeybee Workhorse.

Strategic Approach: MarkeTeam developed a package focuses on the decline in honeybees known as Colony Collapse Disorder, linked to a common class of pesticides. To provide the recipient with a hands-on activity to help support honeybees in their own backyard, a “bee-friendly” seed packet was enclosed to raise response.

Program Impact: The initial test has a 36% increase in response over the control kit and 12% increase in average gift. With its strong performance, the package is now part of the lineup 1-2x per year to lapsed members and has also been successfully rolled out for new member acquisition since 2015. Incremental improvements have been tested and incorporated into the control to maintain its response and continue its role as a workhorse package for Sierra Club.