When the Tax Cut and Jobs Act was signed into law in 2017, it had a major impact on nonprofit organizations. The standard deduction for individuals and married couples nearly doubled to $12,000 and $24,000 respectively, deductions for state and local taxes were capped at $10,000, mortgage interest deductions capped to the first $750,000 financed, and the federal estate tax was raised to now allow for tax-free estates up to $22.8 million.

As a result, some estimates show that households itemizing their deductions fell by 65%, thereby losing tax incentives for charitable donations. Although donors support nonprofits for their causes, making it more expensive on an after-tax basis has potentially led to a decline in giving. 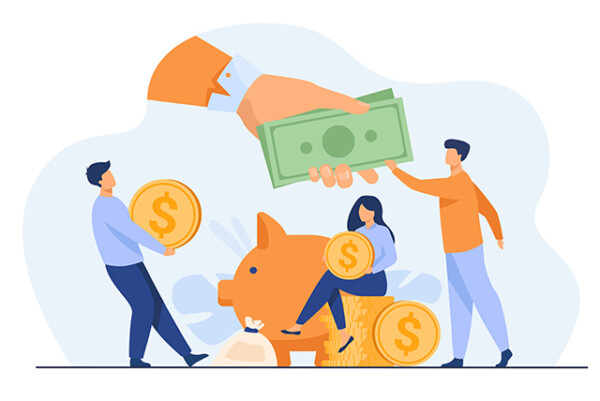 But there are ways that savvy donors can still take advantage of tax strategies to enhance their charitable giving. Are you informing your supporters of these methods?

Since some level of mortgage interest and state and local taxes are still deductible, taxpayers will need more charitable donations to forego the higher standard deduction.

One smart way to accomplish this is to “bunch” all charitable gifts into a single calendar year. In that way, donors can receive the tax-deductibility advantage in the current year and still use the higher standard deduction in the future.

Let’s say a couple gives a total of $12,000 to charities each year, and the rest of their deductible items total about $7,000. By front-ending next year’s donations into the current year for a total of $24,000, they are already at the standard deduction, allowing any mortgage interest and state and local taxes to raise their deductions even higher. With one small step, they can easily come out ahead compared to the standard deduction.

Donor-advised funds (DAFs) are investment accounts offered by many financial institutions, including Schwab, Fidelity and Vanguard. DAFs allow donors to make a large single gift and receive the immediate tax deduction, then make grants over time to charities. Another advantage is that most brokerage-based DAFs invest the funds until the donor is ready to make grants, thereby potentially increasing the future amounts of gifts.

To help donors distribute some of the estimated $150+ billion (incredible!) now locked up in DAFs, make sure you have the DAF widget on your donation page and your Federal Tax ID# prominently displayed and on every direct mail reply device.

Which leads to another tax strategy: donating appreciated securities …

Appreciated securities are another cost-effective way to make a charitable gift, especially for investors who have enjoyed the run-up in the stock market. Rather than selling stock, incurring capital gains tax and the Medicare surcharge and then donating the proceeds, donors can simply inform their broker of the charity and the number of shares to donate.

Almost all charities accept gifts of publicly traded stocks and provide the full charitable deduction for the market value when they accepted the transfer. Regardless of whether the donor itemizes or not, she or he can avoid the capital gains and Medicare taxes on the increased valued of the underlying asset.

Giving Directly from IRAs for Taxpayers Over 70½

Donors over the age of 70½ can make direct donations from their IRA account(s) without paying taxes on the funds withdrawn. In this way, they avoid any IRS taxes on the income, while still counting the donations as part of their required minimum distributions (RMD). Again, the supporter needs to work with their IRA trustee (often a brokerage) to ensure that the transfer is made directly from the IRA to the approved charity.

Obviously, you’ll need to inform the donors that they need to consult with their tax advisors to ensure that these approaches work for them, but at least they should know about these advantageous strategies. Get the ball rolling by promoting these in a series of emails (perhaps just before this year’s May 17 tax filing deadline and again prior to year-end) as well as rotating each option on direct mail reply backers.